Birth of a Berry Patch

Our berry patch is centred under an old swing set. Scott took off all the swings, and we’ll use the frame as a basis for attaching netting when the berries are in fruit. We formed the patch with sleepers (2.4m x 3m) connected by metal plates I screwed into the sleeper, put down cardboard to choke the grass, then FiMBaristas came and filled it with soil for us yesterday (23 September 2010). Last night we planted out 4 types of blueberry, a white currant, a gooseberry, a red current, and a boysenberry. I may put in some jostaberry cuttings this weekend. Here’s the birth of our berry patch in photos! 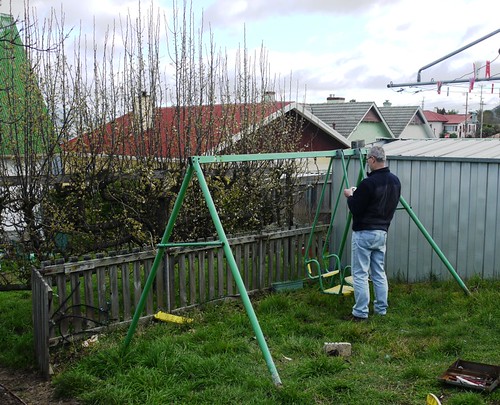 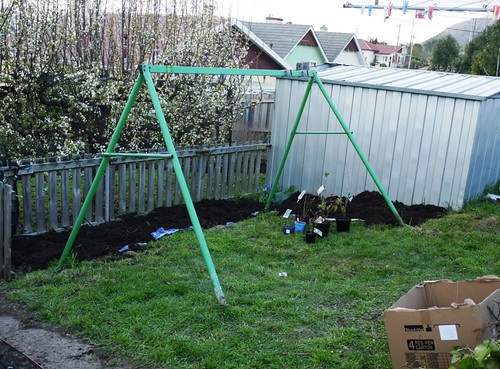 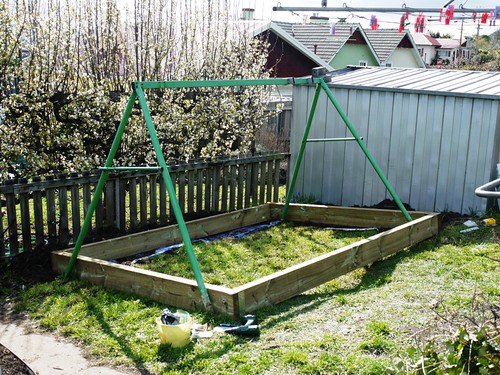 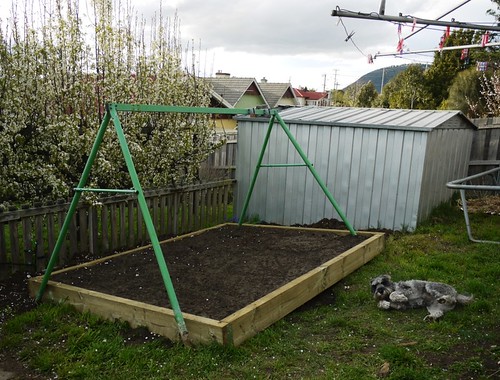 Berry Patch Before Planting, With Schnauzer Rollering Her Approval (23 September 2010) 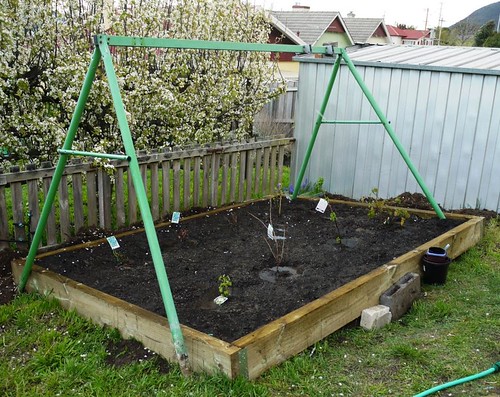 This entry was posted in Establishment, New Plantings. Bookmark the permalink.

1 Response to Birth of a Berry Patch