Yes, I’m a lunatic.  But how else did you think I’d approach my garden?  Lunacy is an sign of enthusiasm – at least for me.  I fret over, water, and photograph my garden daily and obsessively.  I worry over grass sprouting in my raised beds.  I am thrilled to see little sprouts I know to be the plants we want.  (I must admit to finding lupins especially fetching.)  Yes, I’ve even been known to give pep talks to raspberry canes whose leaves are developing more slowly than the others.  What of it?!  Lottie seems to be amused – and I’m certain that raspberry cane is looking up.

We planted out our 5 raised colorbond garden beds on 11 September, and there are definite signs of life.  I’m in the process of putting up a page for each bed and other bits of the garden (accessible near the top of the page), which details plantings and has a link to each bed’s photo set on Flickr.  If you’re interested.  I’ve done it for myself and don’t expect it to be fascinating viewing for others.

But here are some of the exciting developments in the colorbond beds.

Signs of Life in Big Blue  This raised bed was planted out 11 September 2010.  Here we are 19 days later with signs of veggie life springing up everywhere!  The mizuna in this bed was the first time to poke its head above the surface in any of the beds; the mizuna is on the right side of the first two photos below, along the downhill curve of Big Blue. 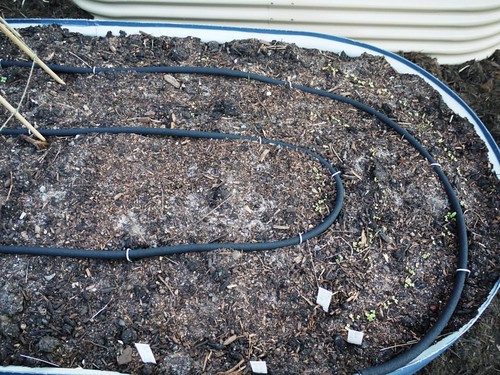 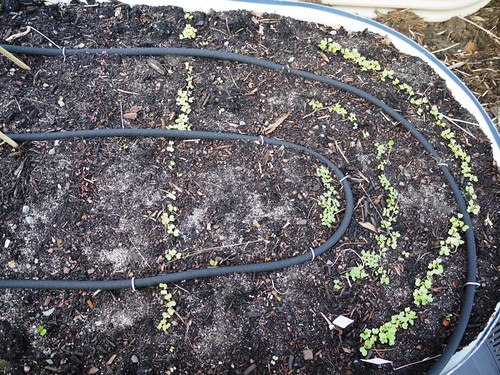 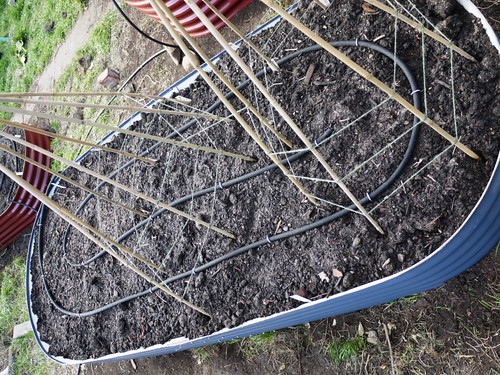 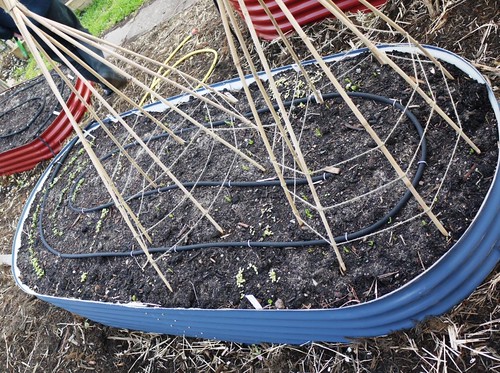 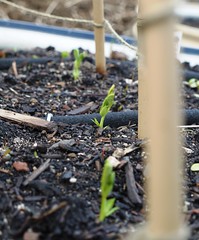 Big Red has signs of life with beetroots and carrots poking their leaves into the light: 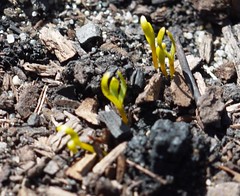 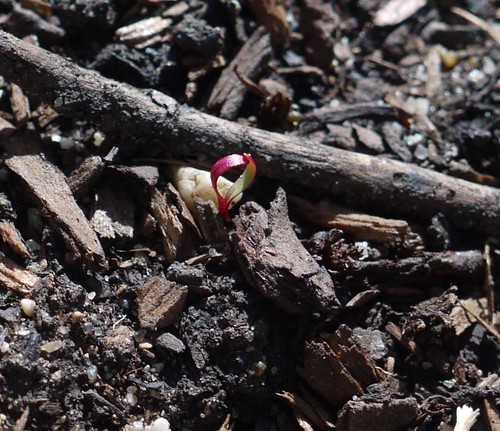 Big Green’s green manure is sprouting up a storm now.  I hate the word cute, but how cute are little lupins!  I think visually they are my favourite thing in the patch right now.  First the radical plunging into the soil, the seed leaves rising up into the air and starting to split as tiny fingers emerge and eventually open. . .how great. 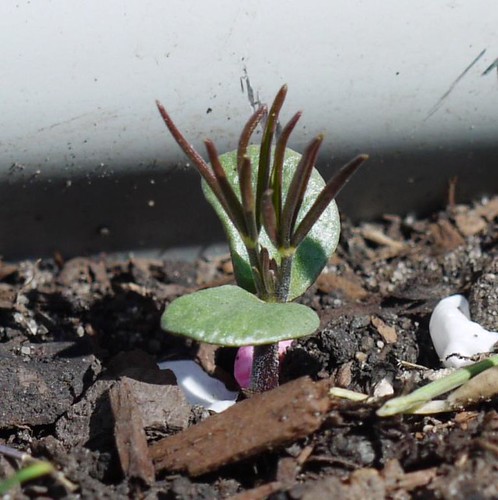 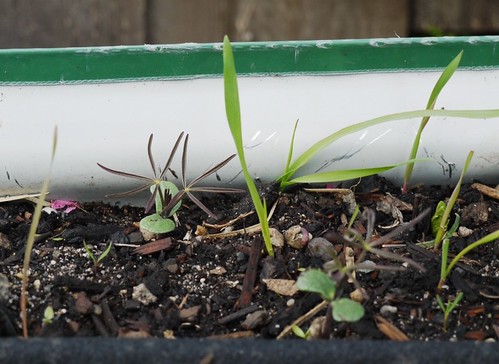 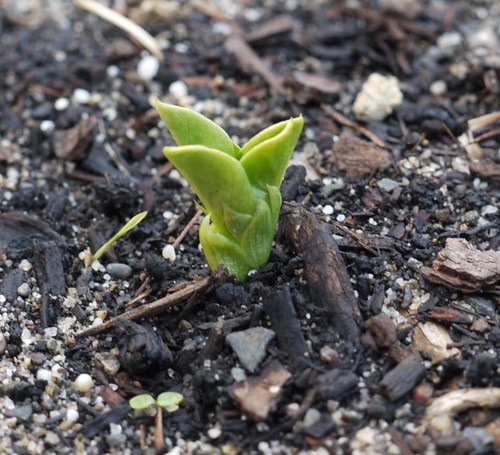 And the berries are looking promising. 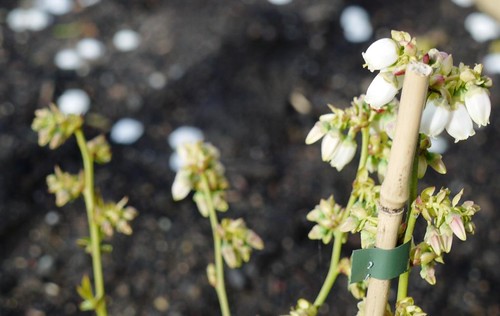 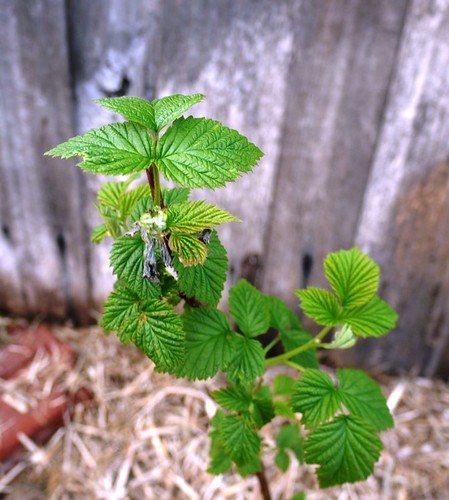 This entry was posted in New Plantings. Bookmark the permalink.